India And Pakistan At 75: Economic Snakes And Ladders

Pakistan’s persistent underperformance is not just a function of its domestic political instability, writes Rahul Bajoria.

9:24 AM IST, 11 Aug 20226:40 PM IST, 11 Aug 20229:24 AM IST, 11 Aug 20226:40 PM IST, 11 Aug 2022
Save
A refugee special train at Ambala Station during the Partition of India. (Photo: Photo Division/Government of India)
ADVERTISEMENT
In Salman Rushdie’s widely celebrated Midnight’s Children, he describes the trials and tribulations of his protagonists Saleem’s and Shiva’s journey following their birth on Independence Day eve by saying that “For every snake, there is a ladder; for every ladder, a snake”. This couplet could also describe the similar yet divergent economic journeys that Pakistan and India have taken over the past 75 years. The present situation may ...

In Salman Rushdie’s widely celebrated Midnight’s Children, he describes the trials and tribulations of his protagonists Saleem’s and Shiva’s journey following their birth on Independence Day eve by saying that “For every snake, there is a ladder; for every ladder, a snake”. This couplet could also describe the similar yet divergent economic journeys that Pakistan and India have taken over the past 75 years. The present situation may be a reflection, or a snapshot, of this long journey that began on the midnight of August 14-15, 1947, and one cannot help but compare this relative game of snakes and ladders the two estranged countries have been through.

The Early Years: A Head Start For Pakistan

If you ask any informed Pakistani, they would say the partition was unjust in the way resources were divided, especially water and arable land. Whether this view is correct or not, at the end of the first decade, the two countries found themselves roughly even, as per capita incomes, exchange rates, and reserve adequacy were broadly comparable. However, from the late 1950s, there was a distinct shift in the governing models. The Indian National Congress famously adopted a socialist resolution in its session in Avadi in 1955, while Pakistan abandoned its nascent democratic government following the country’s first coup d’etat in 1958, led by General Ayub Khan.

These shifts did not necessarily create a large economic wedge right away, but they did set up Pakistan for a material spurt in growth in the 1960s, even as India struggled with droughts, currency devaluation and wars in 1962 and 1965.

At the end of 1970, Pakistan’s per capita GDP was almost 1.5x higher than India’s, and it had access to more funding support from the western economies, unlike India, which was undertaking a significant nationalisation of private assets under Prime Minister Indira Gandhi’s government.

Incidentally, 1970 was the year when, on a relative basis, Pakistan’s income was the highest in its 75-year history.

A major turning point came when Pakistan lost its eastern flank following Bangladesh’s independence. This could have set the stage for what should have been a large setback, but it turned out to be relatively benign from an economic standpoint. Only the value of Pakistan’s currency declined; while per capita income did fall temporarily, it recovered swiftly.

In Midnight’s Children, Rushdie also wrote that “reality is a question of perspective; the further you get from the past, the more concrete and plausible it seems”. For Pakistan and India’s economic fortunes, there was a striking parallel after 1972, when both countries celebrated the 25th anniversary of their independence. Despite losing a large swathe of its territory, Pakistan’s economy recovered strongly, as its more liberal foreign investment regime and several rounds of support from the International Monetary Fund, meant that economic divergence increased, with Pakistan consistently outperforming India on various economic measures.

Whether it was growth, per capita income or foreign funding, Pakistan’s outperformance during the 1970s and 1980s was striking.

It was only in the late 1980s, that India played a bit of a catch-up, only to face a spiralling balance of payments crisis in the early 1990s that spurred the economic reforms of 1991.

This again proved to be the beginning of a large performance gap between the two familial countries, with Pakistan significantly outpacing its larger neighbour.

Still, as it happens in snakes and ladders, around the cusp of their 50th independence days and the turn of the century, two mutually exclusive events – the economic fears around a Y2K bug and the delicensing of India’s telecom industry – along with the war in Kargil and later the 9/11 attacks on the United States, changed the economic fortunes of the two countries.

The Kargil conflict and the subsequent reset of India-U.S. relations have been important catalysts for the material divergence. While a large part of this divergence can be attributed to India’s growing economic importance and its heft as a large consumer market, the development of the two economies saw a dramatic shift in the decade of the 2000s. India was de-hyphenated from Pakistan and was seen as a potential competitor to China, which has been growing rapidly for some time.

During this period, for the first time since the mid-1970s, India outpaced Pakistan not just in terms of relative growth but also overtook it in terms of per capita income growth by over 3 percentage points.

Indeed, with structural differences between the two economies now well entrenched, we expect this trend to continue for the next decade.

Pakistan’s persistent underperformance is not just a function of the country’s domestic political instability, but of its inability to break through the Thirlwall constraint, an idea that a developing country cannot grow fast, it needs to finance a growing import bill either by increasing exports at a quicker rate or through capital inflows.

India’s relatively large export of labour to the Middle East and its ability to attract large sums of foreign investment outstripped Pakistan, especially during the past two decades. The sharp rise in India’s expatriate community, especially in Middle Eastern countries, propelled India to be the top recipient of remittances in the world.

This meant that although both countries are major commodity importers, and higher commodity prices often expose their economic vulnerabilities, India’s ability to stabilise its economy through normal policy tools has improved significantly, leading to a more stable exchange rate.

This is a development that is often underappreciated, as the Indian rupee has been weakening on a nominal basis along with the Pakistani rupee, but on an inflation-adjusted basis, India’s real exchange rates have managed to appreciate, contrary to its regional peers such as the Pakistani rupee and Sri Lankan rupee. In contrast, a persistent balance of payments deficit has led to continued pressure on the Pakistani rupee, depletion of its forex reserves, reducing the import cover to a mere few weeks and resulting in the country’s dependence on aid from multilateral institutions to bail the economy.

Is The Divergence Set To Persist?

In our view, India will continue to move ahead of Pakistan for some time. However, the economic outperformance of Bangladesh, the youngest of the three countries on the subcontinent, and the recent economic troubles in Sri Lanka hold important lessons for India. Like the symbolism of the snake and ladders, it can be difficult for countries to anticipate all difficult turning points.

Sri Lanka enjoyed a material lead over its South Asian neighbours both in terms of its per capita income and social indicators for a long period.

Still, the unravelling of Sri Lanka’s economic order, which led to social unrest shows the importance of building some anti-fragility elements into a country’s policymaking mindset.

For India, whether it is the government, the corporate sector or society at large, a key takeaway after 75 years of independence could be to vigorously shed the remaining elements of the kind of fatalistic mindset embedded in Rushdie’s protagonist. Instead, we believe India can emulate the adage from the Ramayana that only the weak and timid leave things to destiny, but the strong and self-confident never bank on destiny or luck”.

The views expressed here are those of the author and do not necessarily represent the views of BQ Prime or its editorial team. 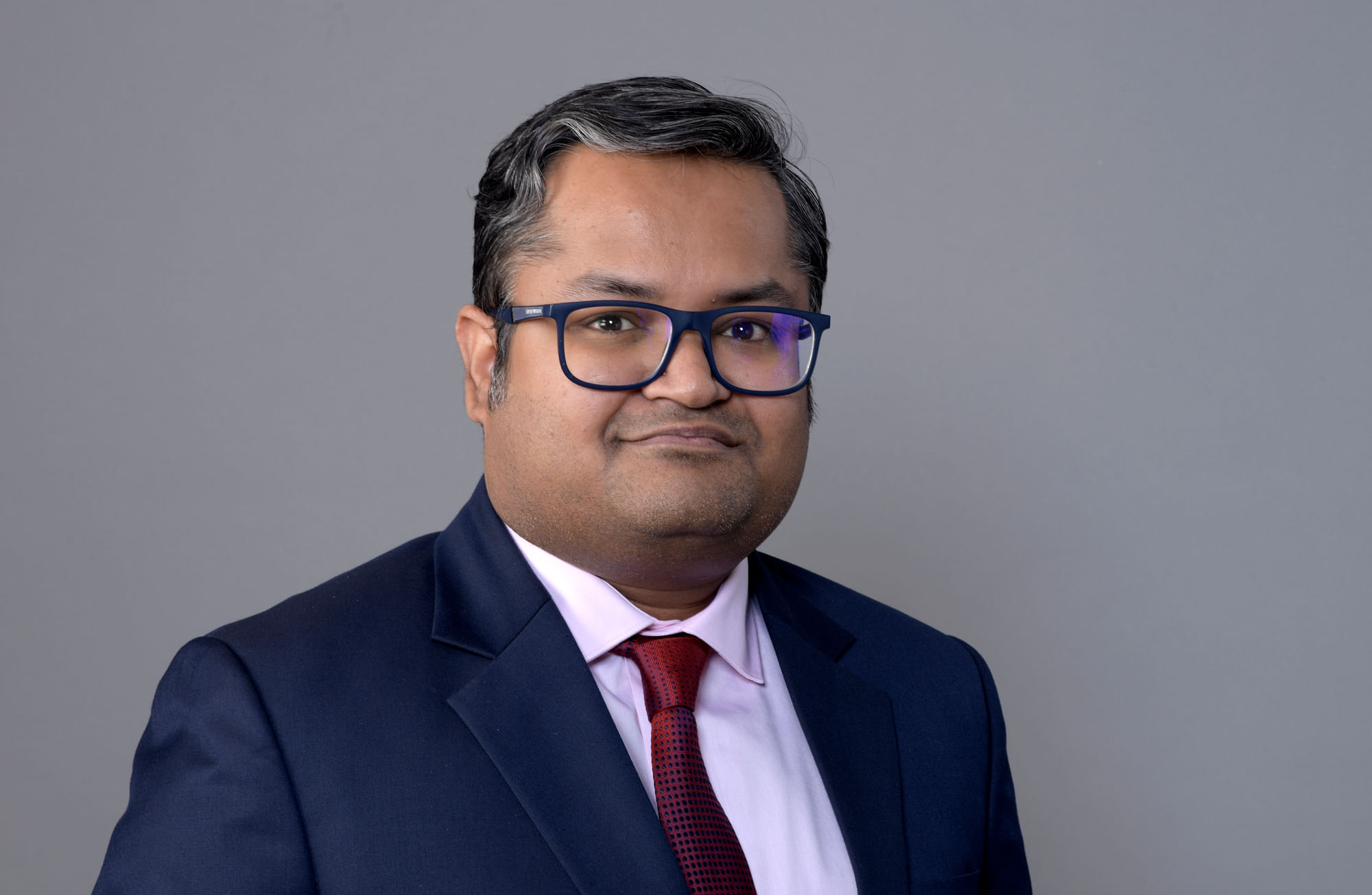 Rahul Bajoria is Managing Director and Chief India Economist at Barclays. Based in Mumbai since 2019, Rahul also leads the economi... more