What Will A Media Company Of The Future Look Like?

Once you have given a creator the tools and the power to monetise, there is no going back, writes Parry Ravindranathan.

For global media, October began with the spectacular implosion of a media company most people in our part of the world haven’t heard of – Ozy Media. To be fair, I’m not sure anyone in the United States had heard about it either till recently. Though it is of no real consequence to us here, the bizarre story of Ozy Media — it could easily script itself into a Netflix series — is emblematic of the problems plaguing the digital media ecosystem. “Synthetic media,” as media columnist Brian Morrissey calls it, in his extremely readable newsletter The Rebooting.

Ozy Media is a product of a time not long ago when several new digital companies emerged claiming to know the secret sauce to attract a millennial audience. Vice and Buzzfeed were better-known products of the time and were at least not faking their way through it all. But after a phase of heady growth and taller claims (Vice co-founder Shane Smith once said he was creating CNN and ESPN of the future), they have all been recently cut to size.

These media companies that relied heavily on social media for distribution and audience, digital advertising for revenue — and a “high tolerance for bullshit” as Brian calls it in The Rebooting while describing the challenges of making publishing sustainable — are suddenly no longer brashly at the forefront of innovation. They, like their legacy predecessors, succumbed to the duopoly of Google and Facebook.

Another reason is that social media platforms they depended on for traffic are themselves evolving, their focus shifting from the attention economy to the creator economy. This has led to an entire ecosystem of platforms that claim to be democratising content creation and its monetisation.

YouTube Boasts $30 Billion in Payments as Creator Wars Heat Up

So, what does a media company of the future really look like?

A couple of weeks ago, Puck News, a media company covering Hollywood, Washington DC (politics), New York (business/markets), and technology, announced its launch. You would think it’s like any new American digital media company today that claims to be working at the “intersection” of all that. What makes it different is that its model is built on recruiting a handful of influential journalists as co-founders, sharing profit, to write newsletters, record podcasts, host live events, all behind a paywall. It aims to combine the rigour of a newsroom with the nimbleness and flexibility of the creator economy.

Here, the journalist is the publisher, social media influencer, and also the seller.

Puck is far from the only online publication doing this. There are other publications like Defector or The Dispatch that are finding a niche audience willing to pay for their content.

It’s still too early to say if these experiments will work and if they can turn into real, sustainable businesses. I had written in a previous column that the media company of the future will likely come from the creator economy, or at least will be creator-focused. A bunch of talented journalists getting together on multiple creator platforms like Substack and Discord, creating text, video, audio, and events for their subscriber base.

These creator platforms give anyone with a following, and the ability to create unique content and insights, the chance to monetise it. So, you now find newsletters — and quite a lot of them of high quality — on anything from tech to art to cooking. These are mostly individual efforts with limits to scale. What companies like Puck News are attempting to do is add a bit more of that scale to it.

The newsletter business is growing. Who would have thought one of digital journalism’s oldest tools of distribution would turn out to be its hottest new idea. For instance, Morning Brew has over 3 million subscribers and counting. Substack often touts that their top ten writers earn more than $10 million through subscriptions.

Digital news companies like Axios — amongst the more innovative ones — have started multiple paid newsletters targeting different topics and communities. Even large publications like the New York Times and Bloomberg are finding ways to monetise newsletters putting those by their star journalists behind a paywall.

Some like Atlantic Media have taken a step further. Under the stewardship of journalist-turned-CEO Nicholas Thompson, who was previously the Editor of Wired, Atlantic is trying to get independent journalists under its own umbrella, behind their paywall. The idea, according to a story in Vox, is for Atlantic to attract journalists who already have paid newsletter subscribers to bring their following onto Atlantic. The journalists will get a pay plus a cut of profits once the newsletters cross a threshold. So, it’s trying to go head-to-head with Substack while also trying to expand its own subscriber base as a publisher.

In India, almost all of the digital news players have good newsletters like those of this publication, News Minute, Scroll, Morning Context, and The Ken, and we have a Morning Brew version in The Signal. Not all of them are behind a paywall but I’m sure that will change.

Social media giants are also responding to the demand. Twitter and Facebook have added creator and subscription tools for their audience and even Google is testing newsletters (codenamed Museletters).

While the business models are still nascent, it is clear that once you have given a creator the tools and the power to monetise, there is no going back.

I started my career in news when there was a clear distinction between church and state. Over the years, while overseeing both editorial and the business, I found it remarkably hard to get journalists to think about the business of media and equally hard for folks on the commercial side to understand how a newsroom works. Never the twain shall meet I was repeatedly told. Until now.

These creator platforms are making entrepreneurs out of journalists. Journalists now have to think about what they write while marketing their newsletter and getting new subscribers. In many cases, they have sponsors they write content for. This changes the dynamic of the relationship between the journalist and the business. The outcome is interesting so far and hasn’t led to any noticeable erosion in quality at least among the newsletters I subscribe to.

However, these platforms are no doubt blurring the lines between journalism and commerce, opening new avenues for monetisation. Today it’s subscriptions, tomorrow it could be e-commerce, which isn’t new to publications. Niche media like Hodinkee in watches have successfully integrated good content and retail seamlessly. New York Times runs Wirecutter, an affiliate referral site, and many others have dabbled with e-commerce with mixed results. Technology will allow more experimentation by media companies in this area. Video platforms like Tiktok, Firework, Snap, and others are already trying out Live Commerce, contextual streaming videos that can be clicked through to sell products.

Others are experimenting with NFTs and collectables. Even venerable publications like Time Inc., have been extremely active in the space. Time recently released a collection of nearly 5,000 NFTs called Time Pieces by over 40 artists, which they claimed sold in the first two minutes.

While it sounds like a good idea for a band of great journalists with collective ownership, to put out newsletters, videos, audio, dabble selectively in e-commerce and NFTs to a subscriber base, it isn’t easy economics.

We are finding out that subscription has a ceiling, an equilibrium, which I had written about in a previous piece nearly a year ago.

After a blockbuster year of growth in 2020, even giant streaming companies like Netflix, Disney Plus, and others are finding out that growth isn’t unlimited.

Also, consumers/readers have finite pockets. It’s the same pocket from which comes money for subscriptions to Netflix for entertainment, Spotify for music, Linkedin for careers, and New York Times or a BloombergQuint for news. Add a few newsletters of prominent columnists to the mix and we are talking about a ballooning monthly subscription bill.

These new media companies, if they have to reach scale, will have to navigate around this and find unique value for the consumer of news that a big publisher cannot give. For the big publisher, the challenge is to keep their flock of star journalists together and away from their entrepreneurial instincts or ambitions. And in some instances like that of Atlantic Media, also become the medium that fuels those entrepreneurial ambitions to drive its own subscriber growth.

But the genie is out of the bottle and he ain’t going back in. For years, the content creators were an afterthought in the business of content. Technology has enabled the building of a different kind of media organisation that puts journalists at the center of ownership for a change. But the question is, will hundreds of journalists really band together to create that giant news media company of tomorrow? I would love to be a fly on the wall in that newsroom.

Parry Ravindranathan is currently the CEO of Converj, a fintech start up he co-founded. He’s also been a journalist and a media executive working in senior roles at Bloomberg, Al Jazeera English, Network18 and CNN. 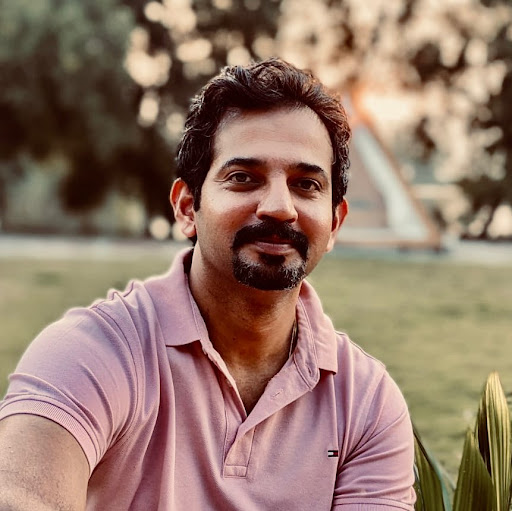