Bulk of the next-gen reforms are stranded in the states under the constitutional architecture of the union, writes Shankkar Aiyar.

4:03 PM IST, 12 Mar 20224:08 PM IST, 17 Mar 20224:03 PM IST, 12 Mar 20224:08 PM IST, 17 Mar 2022
Save
Prime Minister Narendra Modi with the BJP's chief ministers, in Varanasi, on Dec. 14, 2021. (Photograph: narendramodi/Twitter)
ADVERTISEMENT
The buzz in political circles is that the Bharatiya Janata Party has four and a half reasons to celebrate. The unprecedented victory in Uttar Pradesh, the return to power in Uttarakhand, the hat-trick in Goa, and winning on their own in Manipur – the half reason being, an occasion for schadenfreude, that the party which deserted them and the principal opposition party have been decimated in Punjab.The triumph illustrates the supremac...

The buzz in political circles is that the Bharatiya Janata Party has four and a half reasons to celebrate. The unprecedented victory in Uttar Pradesh, the return to power in Uttarakhand, the hat-trick in Goa, and winning on their own in Manipur – the half reason being, an occasion for schadenfreude, that the party which deserted them and the principal opposition party have been decimated in Punjab.

The triumph illustrates the supremacy of the BJP in competitive electoral politics. It illuminates the continuance of the Modi Magic, particularly in India’s largest and most populous province. The party though cannot wish away the issues which haunted it through the campaign, particularly of economic distress among the disadvantaged and unemployment.

The cause of economic distress is really the consequence of interrupted reforms. It is no secret that the bulk of the next-generation reforms are stranded in the states under the constitutional architecture of the union.

The mandate represents an opportunity for Prime Minister Narendra Modi to push state-level reforms in the states where the party is in power. The BJP is in power in 17 states on its own and with allies – effectively covering nearly half the geographical area and population. The states in which the party is in power reflect the diversity of the challenges haunting India’s political economy. The BJP can leverage the footprint of electoral success to create a demonstration effect of better governance, employment, and growth.

Here are some ideas for the playbook.

The centrality of agriculture in the ‘India Story’ can hardly be overemphasised. For India to do better, 42% of the workforce dependent on 16% of national income must do better. This demands liberating agriculture from the licence permit raj. Typically, top-down reforms—for instance, land acquisition, farm laws—have met with regional resistance and have had to be withdrawn.

There is nothing though to stop BJP/NDA-run states from fine-tuning the land acquisition and farm laws for adoption.

Modi once said people want action not just acts. Farmers need backward and forward linkages. Consider one aspect illustrating the potential for alignment. Food produce worth roughly Rs 92,000 crore is wasted every year. The BJP states could study the ‘one district one product’ concept of the Ministry of Food Processing and align it with the PLI scheme for food processing to woo investments, enable shifting of farm labour to more productive sectors and enable income growth.

BJP-administered states can propel the enabling of farmer producer organisations or cooperatives and leverage the power of collective bargaining. A good place to start the programme would be the aspirational districts.

Every year in the run-up to the budget, the union government is pilloried as it explains away its stance on public sector enterprises. State governments suffer no such trauma even though together own over 1,300 PSEs. A 2019 analysis of PSEs in 19 states by this column showed the landscape is littered with zombie enterprises. There isn’t a single state where the profits earned by PSEs are more than the losses registered. CAG reports showed the profits of state PSEs were under Rs 18,000 crore and the losses were over Rs 97,000 crore or three times that incurred by central PSEs.

If the BJP is serious about the credibility of its claims of being pro-reforms it should follow the example of the union government. For starters, call for a white paper on the state of state PSEs in the 17 states where they are in power – in many of the states, PSEs do not file annual accounts for years together. This should be followed by an assessment, setting up of a ‘DIPAM’, and a schedule for disinvestment.

State governments have argued that they are stretched for funds to finance infrastructure and welfare. One option is to monetise the land assets lying idle – under PSEs, under industrial development zones, acquired for irrigation, and for urban development.

Earlier this week the union government set up a new special purpose vehicle, the National Land Monetization Corporation to monetise land owned by ministries (estimated to be around 13,000 square kilometeres). Now every square kilometre of India is ruled by states. It is therefore conceivable that state governments are sitting on a larger quantum of land whether with PSEs or with departments.

To start with, BJP state governments should aggregate data on what they own and where and make it public as is done for instance in the United States . These states could then set up a corporation to house the land and monetise it to fund infrastructure and much-needed investment in health and education.

One of the hurdles for new investments for micro, small, and medium enterprises is the regulatory cholesterol detaining expansion of employment. A large chunk of this is vested in labour laws.

In 2020, the union government drafted a new code for labour laws compressing existing laws into four codes – for wages, industrial relations, social security as also occupational safety, health, and working conditions. The promise of the code is that it compresses 44 laws and shrinks the sections from over 1,450 to 1,232. These were shared with state governments between July 2020 and November 2020.

Two years later, the centre is yet to implement the code as it awaits state governments to okay and adopt the new laws. Of the 28 states, nine have finalised draft notifications – of which only three are BJP-run. The new deadline for implementation now being touted is 2023.

Surely, BJP-NDA ‘double engine sarkars’ can lead in the adoption of more modern labour codes to promote investment and employment.

The first time the promise of free power to farmers was used to win an election was by the Akali Dal during the Punjab assembly polls in 1997. Since then almost every party has used public funds to harvest electoral dividends.

State power distribution companies are in a queue for a third bailout in 25 years. In December 2021, the Power Ministry informed Parliament that the cumulative losses of discoms stood at Rs 5.07 lakh crore and outstanding payments to generating companies were in excess of Rs 1.56 lakh crore. The consequences are manifest – in higher tariffs for SMEs, shops, and businesses, unreliable power, dependence on inverters across homes, and loss of global competitiveness.

The question is not whether farmers should receive free power but rather how it is managed. Technology allows for a transparent efficient mechanism to insulate the business model of power supply. First, the supply of power to farmers must be metered – that this can be done using smart metering has been validated in pilot programmes. Once an average consumption per hectare is established the farmer can be paid via e-Rupi which can be deployed for a person- and purpose-specific usage. The money must either come out of the state budget or the union budget.

The discoms are verily hostage to politics and the first step must be to liberate them from the regime of free power and open up last-mile delivery to competition. The Modi Sarkar has been trying to get states on board to implement the Electricity (Amendment) Bill, 2021. BJP states can sign on to the proposal and prove their reformist credentials by adopting technology for transparency and efficiency.

We will initiate building 100 new cities – the BJP promised in its Election Manifesto in the run-up to the 2014 elections. This was followed by the idea of ‘Smart Cities’ not new cities. This was dumbed down into a funding scheme ostensibly for improving local governance in cities and towns. Urbanisation in India continues in the old chaotic and amoebic way – where new urban habitats are created first to be followed by the necessary infrastructure.

There is yet an opportunity to fulfill the Smart Cities promise.

The 2011 Census identified 3784 urban areas as ‘Census Towns’ – an urban habitat that qualifies to be a town but which is yet to be notified as a town! In 2016 the urban development ministry under Venkaiah Naidu asked state governments to convert Census Towns into statutory Urban Local Bodies. In 2022, the census towns remain census towns.

The BJP has mastered the art of managing the granular and the macro perceptions to seize power. What matters to those who voted is delivery. It is instructive to remember that electoral triumphs present an opportunity to capitalise on popularity for transformation. The BJP has the opportunity to create a demonstration effect for other states and prove its reformist claims. Will the party rise to the challenge?

Shankkar Aiyar, political-economy analyst, is the author of The Gated Republic - India's Public Policy Failures and Private Solutions; Aadhaar: A Biometric History of India's 12 Digit Revolution; and Accidental India: A History of the Nation's Passage through Crisis and Change. 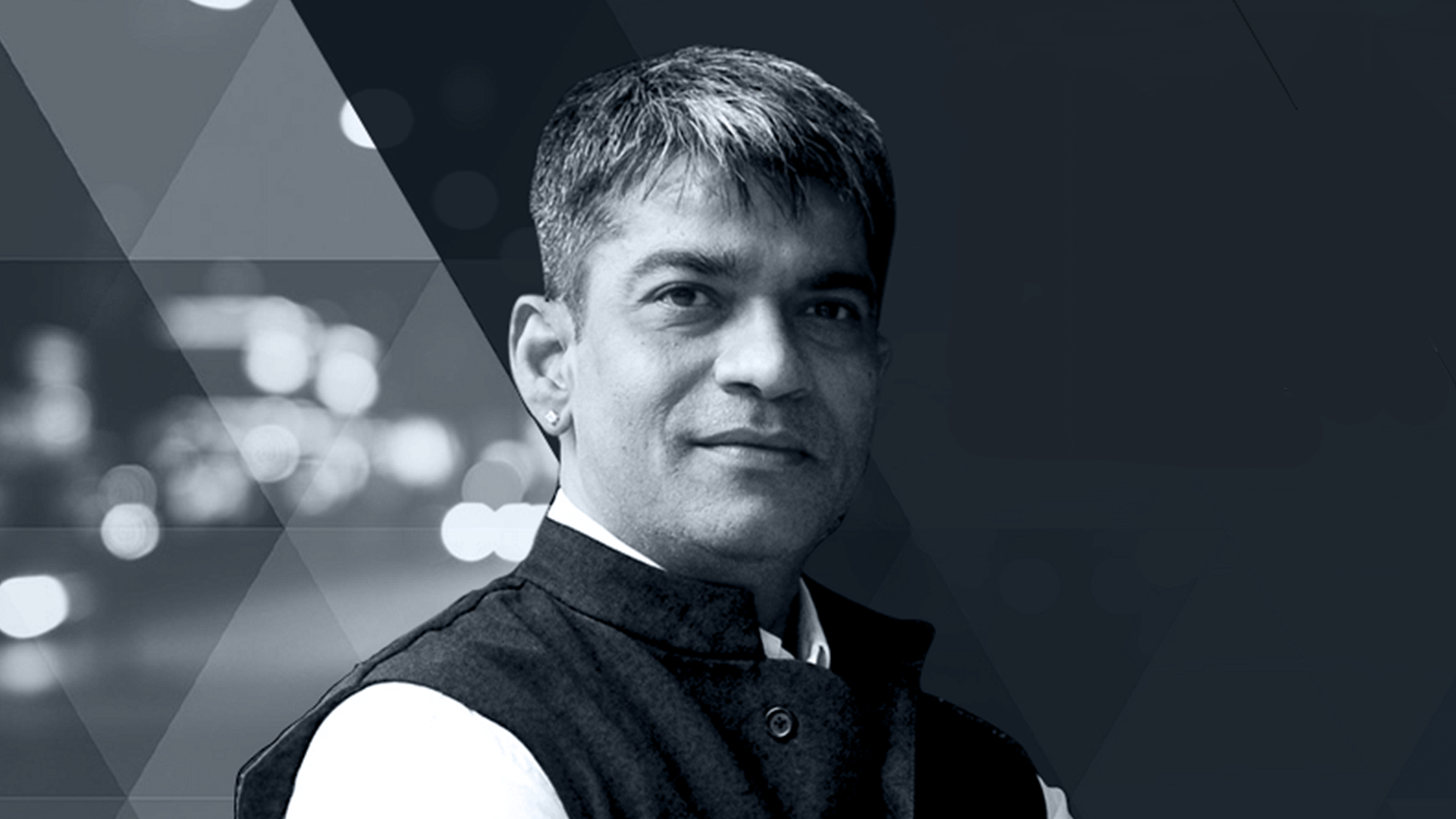