The National Logistics Plan seeks to reduce the cost of logistics from an existing 13% of the GDP to about 8%.

Edited excerpts of the video:

When you think of logistics, what comes to mind normally for all of us is roads, rail, warehousing, ports, airports, shipping and trucks. But logistics is actually a far more complex web of activities.

Consider the following: There are 20 government agencies, 37 export promotion councils, 500 certifications, 200 shipping agencies, 36 logistics services, 129 inland container depots, 168 container freight stations, and then there are a web of permissions and testing centres.

So, it's actually a complex web of activities, both hard and soft, that define the world of logistics and it is this world that the government is seeking to make a very, very major intervention in, recognising its importance in the cost competitiveness of the Indian economy.

The National Logistics Plan seeks to reduce the cost of logistics in India's overall economic structure from an existing 13% of the GDP to about 8%. That's a five-point drop.

At first, that may not look too big, but when you see it is 5% of the GDP, then consider what the GDP is and what 5% means. At current prices, GDP is around Rs 240 lakh crore. So, 5% of that is about Rs 12 lakh crore. This is the amount of cost saving that is envisaged in the years ahead, possibly five to seven years.

That is at current prices and looking ahead at five to seven years, this saving of cost for the Indian economy could well balloon to Rs 20 lakh crore. A little short of Rs 22 lakh crore, the target for the National Infrastructure Plan to spend in the years ahead.

That is a humongous target the government has unleashed and it requires credit for understanding this age-old problem where Indian manufacturing industry, service industry, exporters and importers have all been complaining that one of their prime reasons for battling against competitiveness vis-a-vis the rest of the world is the logistics cost.

What are the broad elements of the logistics plan? There are five key pillars.

The first is it expects the rail to take up a far higher share of movement of goods, passes and commodities, increasing the share from the current 28% to 40%.

It envisages setting up a web of multimodal logistics parks where, with minimum difficulty, seamlessly, goods are able to be transported from one mode of transportation to other—let's say, from truck to rail or from an inland waterway port where a truck unloads to a boat.

These are called multimodal logistics parks and are very important to achieve seamlessness and cost productivity in logistics. One is being developed at Nagpur as a model.

We have not seen too much action yet. But plans are afoot, and the Inland Waterways Authority and other agencies are working round the clock to somehow get coastal shipping and inland waterways to be a major contributor to transportation in our country.

And finally, no surprises: this government with its massive focus on digitalisation also plans to use digital technologies for integration, monitoring and resolution of logistics issues.

All this sounds good. What are the special challenges?

For the railways, it is really to match the door-to-door service that the road sector provides. You load a truck at a factory, it delivers at the next godown seamlessly. The railways has to move on door-to-door, it should proceed aggressively with its MoU (memorandum of understanding) with the Indian Postal Services for parcel delivery service. A combination between railways and Indian posts is going to be a formidable challenge in terms of home delivery and institutional delivery of packets and parcels.

The railways need to aggressively move on what is called RoRo or roll out, roll off service, which means a truck actually is loaded onto a railway wagon and then transported across long distances and rolls off again to effect a door-to-door delivery.

In terms of air shipments, India seriously requires aerotropolises backed with very strong cold-chain logistics because many of the commodities—like fruits, flowers and vegetables—exported by air are perishable. Aerotropolises with a large focus on food-chaining need to be set up around not just the major airports, but even some of the smaller airports from where the goods originate.

While efficiency of ports has increased significantly and turnaround times of ships are far better than they were earlier, the biggest issue with ports today is the port-transporter interface.

Truckers and railways complained that it takes far longer to unload or load their containers or their goods from the time they are unloaded from a ship or are ready for loading onto a ship. The transporter-port interface requires significant attention.

So does the customs clearance. Any dip-stick on exporters and imports [highlights] Indian customs as a severe impediment to seamless logistics.

We need not just cold chains at aerotropolises, but farm to fork. We need a chain of cold chains at the agricultural mandis, reefer trucks that carry refrigerated containers that will move to aerotropolises, which will then ship them to the international market. An entire cold chain network needs to be set up, and these are the challenges of the logistics policy.

The next challenge is inland waterways and coastal shipping. The government in Parliament declared 105 inland river routes as national waterways. A few of them have achieved a degree of success. But there are miles to go in terms of creating riverine boats which are multimodal, in terms dredging, night navigation and channel creation, and in terms of telling the transporter of goods that there is a viable cost-effective channel available for you which is not just cheaper but is environmentally so much more friendlier.

And finally, of course, the digital challenge. There are so many forms, permissions, agencies, and regulatory clearances that the integration of all of them on an e-platform is crying out for attention, which the government has acknowledged and it is part of the national logistics plan.

A digital platform—Unified Logistics Interface Platform—has been created as part of the National Logistics Policy. The ULIP is going to build on the NICDC Logistics Data Services or NLDS. It's a joint venture between the Government of India, represented by the National Industrial Corridor Development Corp., and the NIC Implementation Trust. And all this is a 50-50 joint venture between the IT major NEC Corp. of Japan... and the Indian logistics system.

NLDS was formed with the objective of effectively leveraging information and communications technology across the Indian logistics sector to bring about efficiencies. NLDS has been leveraged and upskilled to develop the unified logistics interface platform, where the government will link everything to do with the logistics sectors across three layers.

It's almost like the National Planning Group that oversees the Gati Shakti platform, and the SIG is basically going to do deep dives on the NDLS or the ULIP to integrate it, to look at various simplifying governance issues, and in the third layer to constantly look at the suggestions and grievances of real players on the field to remove them.

It is a very major digital and e-intervention across many digital dashboards that are being integrated and how will all these be monitored? For example, the question that everybody is asking is, how do we really know that the cost of logistics is 13% in the Indian economy and that it is going to gradually come down to 8%.

The logistics division of the Ministry of Commerce and Industry does undertake an annual Logistics Ease Across Different States Survey or LEADS across different states, which is going to continuously survey improvements and the data to actually monitor the target of reduction from 13 to 8%.

It's an annual survey and is likely to be made biannual. LEADS 2021 improved in many ways for further professionalising the work that is being done. Simultaneously, the Bureau of Industrial Standards has also released a manual on standardisation of warehouses in this country. So that they are of uniform quality, of uniformed service delivery and slowly measure up towards standards.

The National Logistics Policy is probably one of the biggest interventions that seek to reduce inefficiencies in our transportation web and significantly increase the cost competitiveness of the Indian industry and the Indian economy. 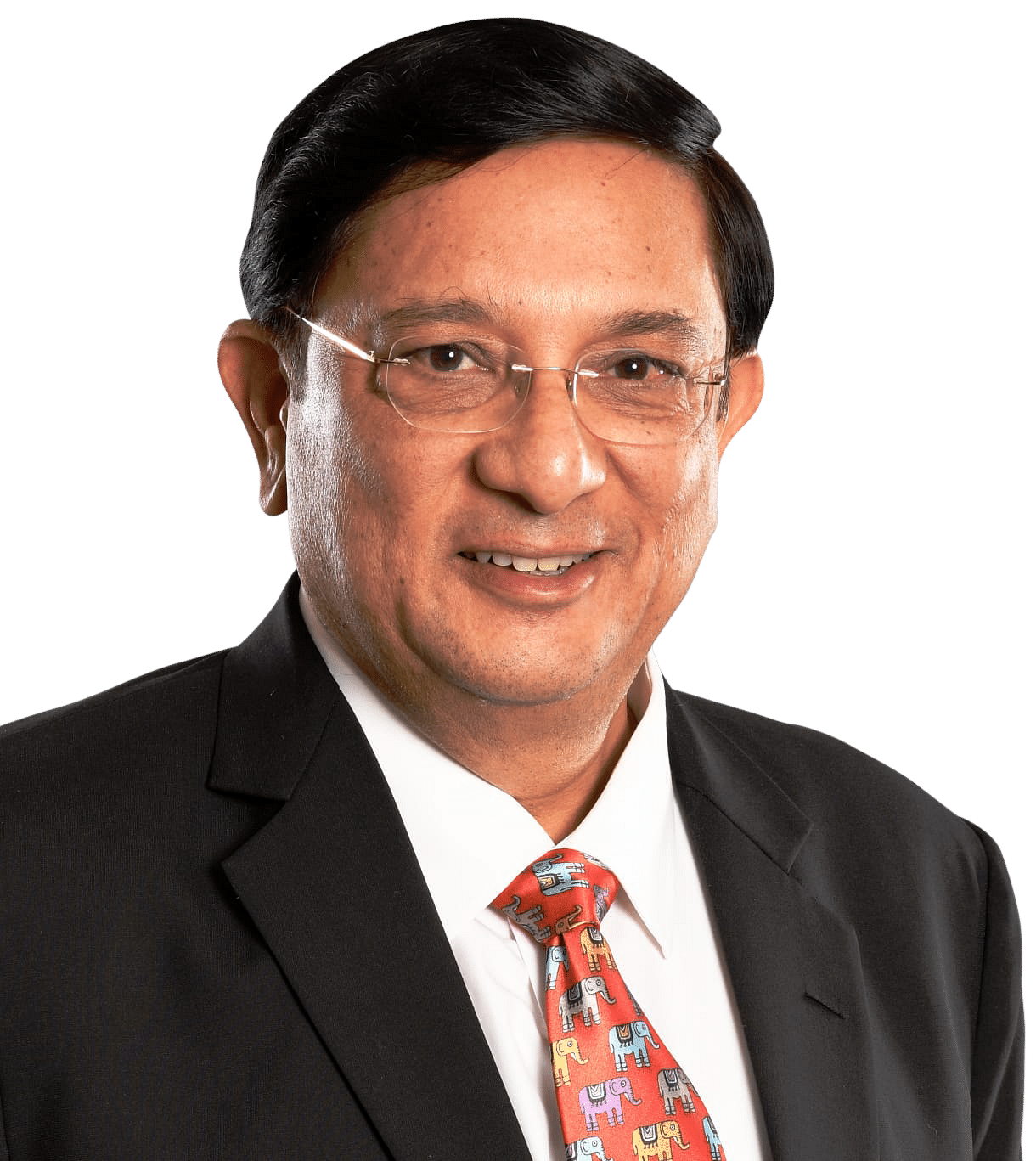