For Paytm, Merchant Lending Is The Sweet Part Of The Loan Pie

In the year since it debuted on public markets, Paytm hasn't had a lot to cheer about. But some of those clouds seem to be lifting.

The financial services firm, operated by One97 Communications Ltd., shrunk its losses over the second quarter of financial year 2023 and is picking up traction in its loan distribution business.

Pursuing a path to profitability after a punishing year on the public markets, Paytm has turned its eyes keenly towards distributing loans and earning commissions for it. With payments seeing downward pressure on margins due to the popularity of the unified payments interface, in many ways lending is Paytm's primary lifeboat.

While its buy-now-pay-later offering—called PostPaid—has been the major driver of its lending business, merchant loans are picking up as well. Given the higher margin such loans deliver and have the potential to yield repeat customers, merchants might just be the base Paytm needs to monetise successfully.

The firm's merchant loans business expanded 46% sequentially to Rs 1,208 crore worth of advances distributed in the second quarter. Personal loans (including buy now-pay later) grew 29% in the July-September quarter to hit a combined value of Rs 6,105 crore worth of loans distributed.

Postpaid and personal loans make up 83% of the disbursements by value, with merchant loans accounting for the rest. While Postpaid is a large contributor to loans disbursed by Paytm, the commission on such loans is about 180 basis points lower than merchant or personal loans.

Merchant loans and personal loans yield a commission of 5% but postpaid offers a take rate of 3.2%, according to an analyst from a foreign brokerage, who spoke to BQ Prime on the condition of anonymity.

Merchant loans tend to form a stickier relationship with the lending platform as well, according to Vivek Iyer, a partner at the financial services division of Grant Thornton Bharat. "A consumption need at some point in time tapers out, working capital doesn't."

"In the coming quarters merchant loans will continue to see great momentum on the back of [Paytm's] devices story," Bhavesh Gupta, chief operating officer of Paytm, had told analysts in a conference call on Nov. 8.

The company acquired 1 million additional merchants for its payment devices business over the second quarter, bringing the total to 4.8 million merchants as of September.

The devices—such as point of sale machines and soundboxes—not only earn recurring revenue for Paytm but are also a funnel for its merchant loan business.

"Device merchants accounted for over 85% of merchant loan disbursals," the company noted in its earnings presentation for the second quarter.

Growing device distribution to increase penetration of high-yield merchant loans is an appealing growth trajectory, but its downside is the acquiring cost, a second financial services analyst told BQ Prime. Acquiring a device merchant costs upwards of Rs 1,200 as opposed to an active monthly user whose acquisition cost is around Rs 250 to Rs 300, the second analyst added.

An additional risk in the merchant lending business pertains to vetting the borrower for regulatory and statutory clearances, which many small business can be "laissez-faire" about, Iyer said.

The average ticket size for the buy-now-pay-later product is around Rs 4,500 as opposed Rs 1,48,000 for merchant loans, according to a Nov. 8 report from Macquarie Research.

A plateau risk can occur with personal, especially at higher ticket sizes, according to the first analyst. Merchants loans are crucial if that happens, and if it doesn't, it can be a dual engine, this person added.

The business transition was planned as payments to lending and hence retail loans account for a big share, but Paytm could very well deploy its cash holdings to expand device distribution, the first analyst quoted above said.

Paytm raised a total of Rs 18,300 crore in its maiden public offering in November last year, but has utilised only a little over 30% of it so far, according to a recent exchange filing by the firm.

The company's stock has lost 61% of its value since it listed on Nov. 18 last year at an opening price of Rs 1,950. The public market experience also solidified the focus towards lending at Paytm, the first analyst said.

The firm continues to be unprofitable for now. But it did manage to shrink its Ebitda losses, excluding the cost for employee stock grants, shrunk by 61% to Rs 166 crore in the second quarter of financial year 2023. Paytm's net loss for the quarter stood at Rs 571 crore.

Japanese venture capital firm SoftBank also sold 4.5% of its Paytm's stock holding, earning Rs 1,660 crore after market close on Wednesday, according to a Bloomberg report. The block deal valued the shares at Rs 563 apiece, which was at the lower end of Rs 555-601 price band, and leaves SoftBank's holding in Paytm reduced to 12.9%.

Paytm's stock has also been under downward pressure over the last couple of days as its pre-IPO investors' lock-in period expired on Nov. 15. 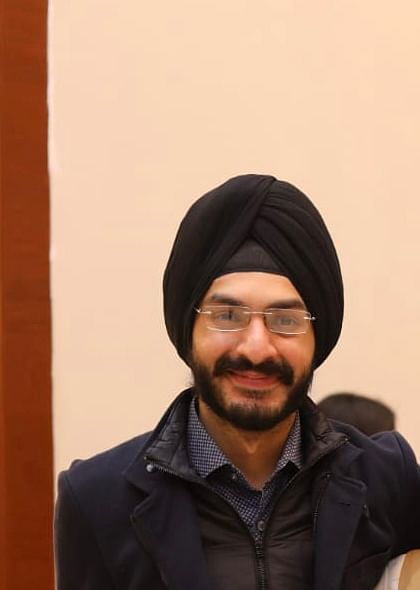