While it is popularly heard that the only two things certain in life are death and taxes, any taxpayer for that matter would give an arm for certainty on the quantum of taxes. The stated policy of the government is a stable and predictable tax regime and in furtherance thereto successive budgets have introduced a slew of reforms such as faceless audits and appeals, abolition of the Authority of Advance Rulings, dispute settlement schemes such as Vivad Se Vishwas. Just the retrospective transfer tax has resulted in almost $15 billion or Rs 1.1 lakh crore worth of demand withdrawn by the government. This is an indication of the government’s intent to curtail disputes.

The faceless assessment scheme has been the cornerstone of the government’s efforts to revamp the tax administration regime with the intent to build trust. The scheme was launched in August 2020 under the aegis of ‘Transparent Taxation – Honouring the Honest’ platform. Despite the noble intent, it faced hurdles. A major shortcoming has been its inability to grant a personal hearing which is only at the discretion of the Chief Commissioner of the Regional Faceless Assessment Centre. A bare reading of the provision implies that a personal hearing was to be granted only as an exception and not a general rule. Further, since no conditions for grant of a personal hearing were notified, on the face of it, seemed violative of principles of natural justice and open to challenge. Predictably, the scheme was challenged as being unconstitutional before the High Courts of Madras and Kerala. The litigants in these matters argued that the scheme is violative of fundamental rights under Article 14. While these matters are presently sub-judice, it has raised serious concerns on the validity of certain portions of the scheme.

Recognising the shortcomings, the government has proposed an amendment to mandatorily allow the taxpayer a right to a personal hearing in case of any proposed adjustments to the income.

This measure is in line with the Central Board of Direct Taxes’ recent notification, wherein a personal hearing has been provided under the Faceless Appeal Scheme.

The changes proposed in the budget offer a silent burial to the controversy and shall ensure that the very objective of the dispensation of ‘fair and transparent’ taxation is preserved, besides serving as reassurance of the government's commitment towards taxpayer rights guaranteed under the Taxpayers’ Charter 2020.

Another interesting change is proposed amendments to sections 147-149 of the Income Tax Act on reassessments. No amendment in the tax statute has probably caused as many writ petitions before High Courts as the notices for reassessments issued in the 2021-22 financial year. As a brief recap, the 2021 budget revamped the procedure for reassessing income which may have escaped assessment. Reopening of assessments for tax years time-barred (under normal assessment) has been a source of uncertainty for taxpayers and identified as the most contentious issue by the drafting committee bestowed to relook at the extant law.

The memorandum explaining the provisions of last year’s Finance Bill stated that due to the advancement of technology, the revenue department is collecting all relevant information related to transactions of taxpayers from third parties, and that information is also received from other law enforcement agencies. Therefore, reassessment situations where income escapes assessment were fewer and to a large extent traceable.

Hence, the Finance Bill 2021 proposed a new procedure of assessment in anticipation that the new system would result in less litigation and address ease of doing business by way of a reduction in the time limit to re-assess income. Ironically, a provision introduced with a noble intent led to arguably the highest number of writs. Budget 2022 has introduced amendments, some of which seem facilitative, e.g. streamlining the process for issuing notice. However, it has also expanded the scope on what would constitute “information which suggests that income has escaped assessment”.

The time limit of issuing notices from three years to 10 years has been expanded to cover cases where information in respect of expenditure for an event or occasion is received.

These are viewed as regressive taking away the sheen of a reformative policy.

Cumulatively, the amendments signal government’s resolve to honor the honest taxpayer while at the same time intensifying efforts to plug tax evasion. Only practical application of these reformative steps will test such measures.

Mukesh Butani and Seema Kejriwal are Partners at BMR Legal. With contributions from Sahil Sharma.

The views expressed here are those of the authors and do not necessarily represent the views of BloombergQuint or its editorial team. 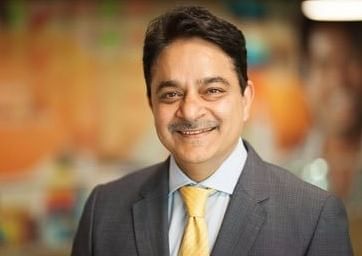 Mukesh Butani is the Founder and Managing Partner of BMR Legal Advocates. With specialisation in corporate international tax and t... more